The cooling system in your heavy-duty diesel equipment is as important as any other component. An overheated engine not only makes your equipment unusable, it can cause permanent damage and is a safety hazard for operators. One part of the cooling system that is often underappreciated or misunderstood is the coolant.

Engine coolant is a liquid mixture that helps carry heat away from the engine. It also helps prevent the engine from freezing during the cold winter months. This is because most coolant is a combination of antifreeze and water. The water transfers heat and the antifreeze both lowers the freezing point of the liquid and increases the boiling point of water. Antifreeze and coolant are sometimes considered synonymous, but coolant is technically a mixture of multiple components, one of which is antifreeze. It may also contain other additives which serve to prevent erosion and other issues. 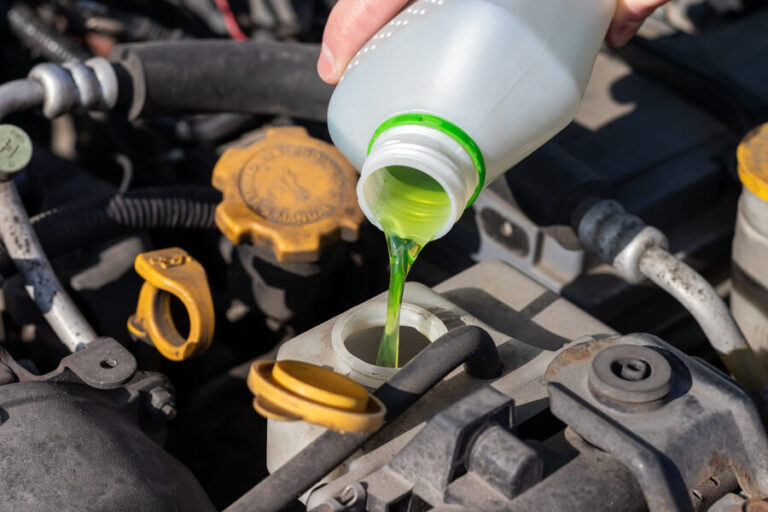 As diesel engine technology has evolved and improved over the years, so has diesel engine coolant. Today, we are fortunate to have several different types of high-quality coolant from which to choose. The key is to understand the differences so you can be sure to use the right type of coolant for your HD equipment. Here are just a few popular coolant types to consider:

Glycol is an organic chemical compound commonly used as a component in engine coolant. It belongs to the alcohol family of chemicals. All antifreeze contains a chemical base, and ethylene glycol is one of the most popular. The main advantage of ethylene over other types of glycol is that it more effectively decreases freezing points. The downside is its relatively high toxicity, but if used in a tightly controlled system, that is usually not a problem.

Another type of glycol-based antifreeze is propylene glycol. While still an effective coolant component, propylene glycol is not quite as good at lowering freezing points when compared to ethylene. The advantage is that it has a lower level of toxicity. Depending on the overall cooling system construction and the chances that an operator might come into contact with your coolant, propylene might be worth the sacrifice in heat transfer capacity.

Long life coolant, or extended life coolant (ELC), have become increasingly popular over the past decade. As the name suggests, this type of coolant is notable for its ability to last for a very long time, often for the entire lifespan of a diesel engine. That makes it a solid choice for many HD trucking and construction companies. If your system has an aluminum radiator, be sure that your ELC coolant is nitrite free, or that you use anti-corrosion coating on all aluminum parts.

Organic acid coolants are long life coolants with a corrosion protection additive. Using an organic acid coolant should provide effective cooling for the entire life of your diesel engine while protecting aluminum, magnesium and other metals from corrosion. This type of coolant is a very convenient option, minimizing the need for regular additives or maintenance. It is also non-toxic, making it the most environmentally-friendly and safe choice.

Coolants with inorganic additive technology (IAT) are usually glycol-based antifreeze with corrosion inhibitors added. As the name suggests, an IAT is made of synthetic chemicals, making it less green than OAT coolants. The inhibitors in IAT protect engine components, but tend to decrease coolant lifespan. Still, an IAT might be a cost-effective choice for certain types of cooling systems.

Choosing the right type of coolant for your equipment and having preventive maintenance performed by a trusted cooling system partner will allow you to truly get the most long-term value out of your diesel engines. Contact Industrial Radiator Service today and we’ll provide more coolant information and perform the service you need. We do more than radiator repair–we are complete diesel engine cooling system experts.