The diesel particulate filter (DPF) plays an important part in the health of your diesel engine equipment. This exhaust after treatment device filters out particles like ash, soot and unburned hydrocarbons that can hurt your engine’s efficiency and cause damage over time. The DPF works as part of the exhaust system, and it’s helpful to know exactly how that system functions and what the causes of potential DPF problems are. Here is a simple overview of a typical diesel engine process and some common issues to watch out for.

What is the four-cycle diesel engine process?

Chances are your diesel engine equipment operates with a four-cycle process. Those four cycles are intake, compression, power and exhaust. It starts with the down stroke of the piston, which draws air through the engine’s intake valve. The second cycle is compression of the air by the upstroke of the piston, which generates the heat required for fuel combustion. The third cycle includes precisely timed fuel injection into the cylinder where combustion happens and generates power that pushes the piston back down. Finally, the exhaust cycle is when piston movement forces out gasses that were produced by combustion. The gasses move through the exhaust valve into the manifold and then the turbo, while a small amount of gas is recirculated through an exhaust gas recirculation (EGR) cooler. 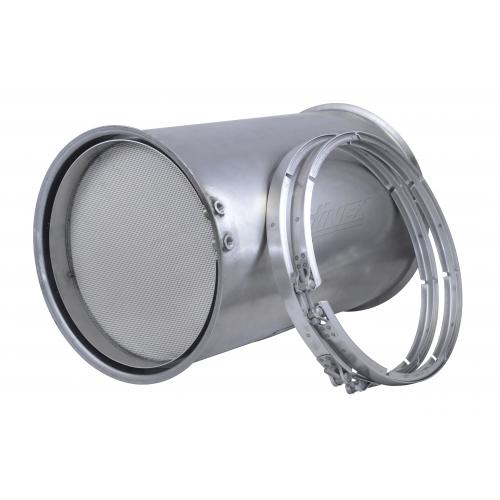 This four-cycle process happens up to 2,000 times per minute depending on the RPMs of your diesel engine. That means exhaust flow is a constant occurrence and the impact it can have on your DPF is a major consideration when it comes to cleaning and maintenance.

If any of the following components malfunction, it can interfere with the exhaust system and negatively affect the DPF: fuel injector, intake or exhaust valves, EGR cooler or valve, and the charge air cooler. Several of the most common malfunctions with these parts involve leaks. For example, if there is a charge air cooler leak, it can cause higher than normal fuel consumption, elevated coolant temperature, loss of engine power and too much soot in the oil.

Diesel particulate filters are designed to clean themselves through a process called regeneration. Some use passive regeneration, in which heat yields carbon dioxide which then passes through the filter. Others use active regeneration, in which heat generated by injected fuel converts soot into carbon dioxide. In either method, a spike in DPF regenerations is bad for the system and is usually a warning sign. It could be the result of too much soot or a different kind of ash in the system than what the DPF was designed to handle. Those problems can often  be traced back to the previously mentioned charge air cooler or EGR cooler leaks.

Another problem that can be caused by a faulty exhaust system is DPF blockage. When the filter is blocked, it cannot effectively clean itself and this leads to increased heat and pressure on the turbocharger. In general, exhaust unable to flow freely through the system will eventually drive heat and pressure to dangerously high levels. DPF clogs are a serious issue that require manual cleaning before they cause related parts to malfunction. 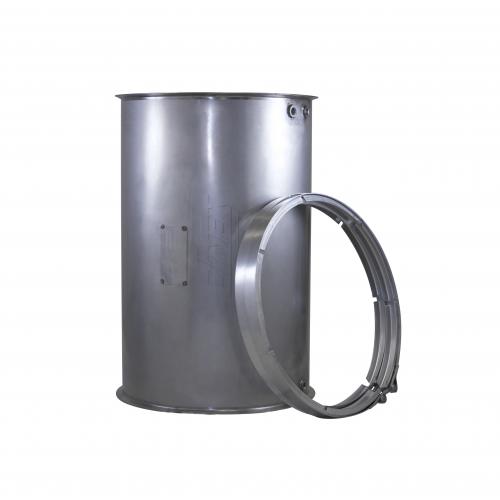 Fortunately, a preventive maintenance plan like those Industrial Radiator Service offers includes regular cleaning of your DPFs and other critical components based on miles driven. Contact our service team today to determine the best cleaning schedule for your diesel engine equipment and keep your exhaust system and DPFs in top shape.